Home News Will DanceSport Be In The 2020 Olympic Games in Tokyo? 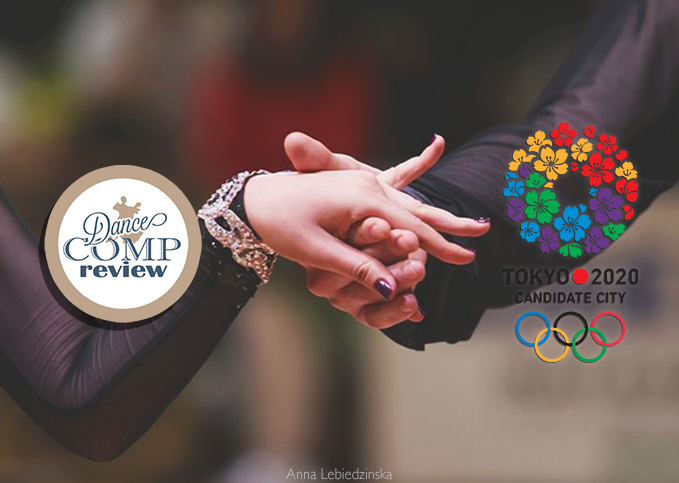 Most of us in the Competitive Ballroom Dancing would love to either see, or be the dancers on the Olympic podium. While some say that Ballroom Dancing is an art, and should never be in the Olympic games, others argue that the Olympics is a necessary goal for DanceSport. They indicate that competition has always defined modern day Ballroom at the highest levels. And on a practical level, greater public recognition and more significant financial sponsorship of dancers, requires recognition on the Olympic stage.

Whatever your belief is, there has been some development in the last few years, indicating for DanceSport to be part of the Olympics really soon.

First, a bit of background on the journey

2. WDSF became a member of the International World Games Association (IWGA) in 1995.

3. In 1997, the  WDSF was recognized by the International Olympic Committee as the representative body for DanceSport, and DanceSport became eligible to be included in the Olympic Program.

It was during this process that the term DanceSport was then born. It is used to describe competitive Ballroom Dancing and the “sport” in the name shows the alignment of Ballroom dance to sporting games.

4. DanceSport premiered on the program of the Asian Games in November 2010.

This is important because these games are held with the support of the Olympic Council of Asia.

This is important because the public’s interest in the scheduled sports is important for the economic success of the Olympic games.

In 2013, the IOC voted to drop wrestling (which, by the way, was one of original Olympic sports going back to Ancient Greece). Although no clear reason was given, many believe it was because the public interest in wrestling was flat and not expected to increase.

With the importance of public popularity, the attendance numbers for DanceSport at the World Games certainly would not have gone unnoticed by the IOC as possible predictors of Olympic attendance and television viewership. So, what is happening now?

In 2013 a new scoring system for dancesport was finalized for all competitions of the GrandSlam Series, for the Latin and Standard events of The World Games, and the WDSF World DanceSport Games.

In December 2014, the IOC scraped the current limit of 28 sports in the summer Olympics, but maintained a maximum number of athletes at 10,500 and 310 medal events.

Dancesport is easy to accommodate in many venues, which is also important.

WDSF has a Vision 2020 goal, which is to “bring DanceSport to the next level and to make WDSF compliant with the highest standards in governance.” DanceSport at Tokyo 2020 Summer Olympics? Definitely a possibility! One thing for sure, is that any sport that has been added in the past, had very energetic voices to make it happen. The voices are not just from associations but from athletes, the public, and anyone who cares. Also, the voices do not just talk to each other, they show support publicly, though videos, blogs, social media, or whatever it takes to be heard. The road to Olympic Gold for DanceSport is definitely being paved, but it will take more than a road to get it there. It will take a lot of energy, from a lot of people, moving in the same direction.