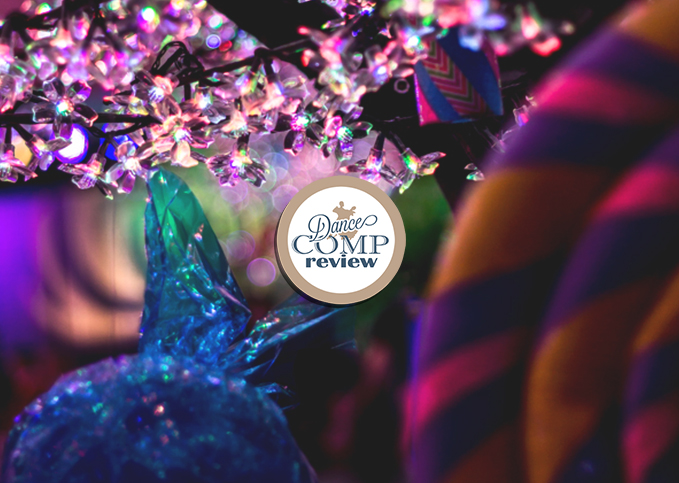 Welcome to Millennium – If you think you’ve had a lot of candy this Halloween, you haven’t experienced the Candy Land at Millennium this past weekend – a “6-day-non-stop-sugar-rush” event!

And it’s true. Chocolate, lollipops, gum balls and all other kinds of known to the modern world sweets were flowing from EVERYWHERE! They were on the tables, at the water stations, came with tickets, came as prizes… It was literally a candy-madness! But, hang on… Let’s start from the very beginning. 15,500 + entries sure put Millennium DanceSport Championships on the list of Top 3 “Must Attend” Ballroom Dance Competitions in North America. Pro-Am, to the present day, stays the biggest attending category. Professional and Amateur events were also big, with at lest a quarter final in each category.

Millennium is popular for dividing the floor for most ProAm events. Even though the floor was 110 feet long (and 48 feet wide), a Semi-Final of an Open Smooth Scholarship did look, and feel, a bit packed. Considering the amount of entries that came this year, it’s either this, or people will be dancing until 5 o’clock in the morning.
However, it looks like Michael Chapman has already come up with a solution for next year, as he is promising a 145 foot long dancer floor. That’s gonna be like Blackpool in America, except the winds are much warmer and Disney World is just across the street. Egorich.ca DanceSport
On Your Mark Photography

All You Need Is – Candy!

There are expressions like “Drinks on Tap” or “All You Can Eat”, but this event was definitely a mixture of two with CANDY added to it – All You Can Eat (And Watch) Candy on Tap!
Everywhere you go, you’d see candy! Swirl Lollipops at the entrance to the ballroom, on the tables, and on specially designed and decorated light trees. M&Ms, Skittles and other goodies were literally “On Tap” at the on-deck area. We even saw some vendors taking their sweets to the next level.
But, let’s not miss out on the biggest, and most memorable part: On Your Mark Photography

The Friday & Saturday Nights Shows with Pro International Latin champions – Riccardo Cocchi & Yulia Zagoruychenko and Pro American Smooth Champions – Peter & Alexandra Perzhu. The Professional World Standard finalists Andrew Sinkinson & Charlotte Jorgensen have also performed to the piano accompaniment of Brent Mills and live performance by Michelle Officer. A well choreographed exhibition by a young Ballroom Dance Formation team, along with aerial hoop dancers, stilt walkers and renaissance dressed entourage. And, since Michael Chapman LOVES his Eye Candy, he made sure to share the most tasteful goodness. Ripped topless gentlemen from Rock Hard Revue brought in the sweet sexiness, and the “wow” factor. Not to mention, these guys are nationally known.

Speaking of nationally known, professional camera setup sure indicated some kind of TV activity. Our suspicions proved right, Millennium DanceSport has teamed up with American Sports Network and will be broadcasting the event on national television. With hosting and commentaries by John DePalma, Linda Wakefield, Jonathan Roberts and Karina Smirnoff the competition will be aired in three parts (Be sure to frequently check the SCHEDULE HERE for time and channel updates) What Is That Hotel?

Honestly, it felt like Marriott Waterside in Tampa was specifically built for Millennium. Everywhere you look, there were signs directing to the main ballroom. You would see dancers everywhere – Pool, main lobby, restaurants and bars. At laest two rooms, excluding the vendor areas, were set up with practice floors. Later, the biggest room was used for afterparties, performances, general dancing and lectures. One word – MAGIC!
Michael mentioned that it took him and his team a full year of preparations to deliver the show for Candy Land. And, even though the competition just ended, he has already started preparations for the next one. As for the venue, in order to fit a bigger floor and a bigger crowd, you would need a bigger hotel. So, it looks like the new home for Millennium Dance Sport Championships is going to be the World Centre Marriott in Orlando with a 60,000 square foot ballroom area. Yep, that’s the size of the football field with endzones. And all of that will be filled Magic!
Well imagi-c that!