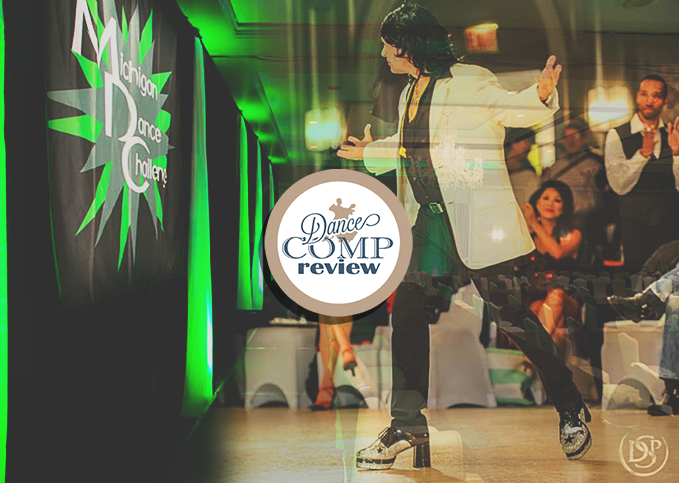 You might have heard the saying “If you do not have something good to say, just don’t say anything”. I do actually believe that… but, only partially.

If a competition is a bit disorganized or simply a bit dull, and I have a suggestion that I think will be helpful, I will say it to the person who can make the change, in the hope that there will be some change. When a competition is awesome, I am much more inclined to write about it. The reason is simple. I want more awesome!!! And I believe that recognizing excellence maintains it, and inspires it in others.

Competitions can and should do at least these four things:

While the first three things were definitely there,  fun is what stood out for me at Michigan Dance Challenge:

At, Michigan Dance Challenge, I realized something that should be obvious, but is often taken for granted. Great music is essential to a great dance event. Period. Based on my observation, the music at a lot of competitions is good, but not really memorable. Some tracks may stand out, but generally, most of the music has already been heard at several previous events. In contrast, think about a competition where heat after heat, the music makes your heart pump (or your soul sing). Think about what that does for the competitors who are dancing and how it connects everyone who is watching. Think about the atmosphere in the ballroom when there are [highlight]tracks that are so beautiful and well mixed that the audience and officials sway, sing and get up and dance, encouraging the DJ to continue playing after the heat is over.[/highlight] This is what happened at this event! Beautiful job on this Michigan Dance Challenge especially on Saturday night.

New and interesting is always fun. The Michigan Dance Challenge schedule included [highlight]American Style Paso Doble[/highlight]on the Nite Club Freestyle night. Yup. American Paso Doble! There no better place to expose dancers to new dance opportunities than at a competition. Everything we have now is because someone, at some point put it on a public stage. I am now intrigued, and committed to knowing more about American Paso Doble, than ever before, and that will only be to my benefit. Every new dance style that I have ever been exposed to has benefited me in either inspiration or just plain pleasure.

A Full House on NITE CLUB

American Paso was not the only thing noteworthy on Nite Club Freestyle nite. MDC nailed this as a major aspect of the comp. It was also brilliantly scheduled first, which helped to set the party atmosphere early on, and boy was it a hit. The costumes were “The Real Deal”, complete with [highlight]disco hair and shiny spandex.[/highlight]. A few hot improv moves added to the awesomeness. Everything on Nite Club nite was well contested, including semi-finals in West Coast Swing and Hustle and strong heats in Argentine Tango. There were even [highlight]quarter finals in the multi-dance of Salsa, West Coast and Hustle![/highlight] It was a great night for club dancers, and for ballroom dancers who also dance club. I spoke to one strictly salsa competitor who was attracted by Nite Club nite, and is now intrigued by ballroom since the full schedule gave him that exposure . With the quality of the competition over all and the strength of the professional heats, I am sure there were many more people who were inspired to do a bit more than they had been doing before.

Bring the HEAT to the AFTER-PARTY!

Finally the after-competition party. It was open to all officials and all competitors. One sign of this being a great party was the number of [highlight]gorgeous evening shoes that were under tables and against walls as people just danced and had a blast.[/highlight] The competition program said “Get Crazy and Dance” and that is pretty much what happened. It was an awesome party, and it capped off a great night, and a truly fun competition.