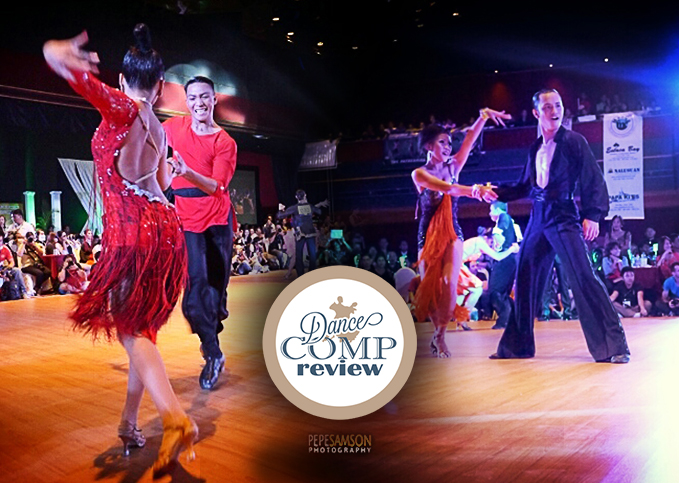 DanceSport In The Philippines – The Culture

[dropcap]I[/dropcap]n Part 1 of this article, we shared with you what the DanceSport scene is like in the Philippines. Today, I’d like to show you what is beyond the athletic aspect of ballroom, and show you what Philippine ballroom is like as a culture.

While it’s true that the major Philippine DanceSport leagues educated athletes everything we know now about DanceSport, it was definitely visual media which further popularized it. Yes, television.
Showdance competitions (which we spend hours watching on YouTube) are not yet popular in the Philippines — but you can be assured that the ballroom genre is almost always on TV. It comes in the form of celebrities doing dance numbers, DanceSport athletes joining internationally-trademarked talent shows, and programs dedicated solely to ballroom—something like Dancing with the Stars.
In fact, my love for ballroom dancing started as an addiction to a ballroom TV show. I remember watching it every weekend, amused at how celebrities were sometimes being made to look silly by attempting crazy stunts and moves. Later on, I found myself wondering if I can endure looking silly too, by actually trying this type of dance. A week later, I was signing up for my school’s ballroom dancing club.
I had no regrets doing it, even doing a shameful audition, because it opened up a whole new awesome world to me: DanceSport.

The Philippines being, to some extent, a conservative country, DanceSport is often looked at as something only the liberal women and gay men would do, especially the Latin dancers. It’s a sad thing to be branded with, especially since the mechanics of the dance demands the sensual positions and naughty hip movements involved. My friends are almost always surprised when I tell them that this couple was dating, or that couple was married; they find it hard to believe!
The funny thing is, while these people watch competitions and try to determine whether a cute male athlete is gay depending on his hip movements, I watch the hip movements only and repeat this on my mind: “pendulum motion, rotation”. Not that homosexuality is a problem in the country, but I just feel that people need to have more open minds.

BALLROOM DANCING VERSUS OTHER FORMS OF DANCE

Hiphop and cheerdance still remains to be the most popular genres in the country, which can be confirmed by throngs of fans killing for tickets in college cheerdance competitions and hiphop contests. But while I truly appreciate other genres, I believe that ballroom deserves a bit more of the spotlight it doesn’t receive. If only more people stop labeling it as “corny”, and try doing it themselves, they would discover how wonderful, elegant, competitive, and beautifully-complex it is.

Even if ballroom has evolved into a more competitive form, social dancing is still popular in the Philippines—even Argentine Tango. Ballroom clubs are still around, with old couples mostly, or a man/woman with his/her own dance instructor. In fact, ballroom dancers and athletes commonly engage in social dancing as a source of income—a lot of wealthy ballroom enthusiasts in the Philippines are willing to pay for a carefree night of fun dancing, food, and some drinks.

MY LOVE FOR BALLROOM DANCING AND THE FUTURE OF PHILIPPINE DANCESPORT

If I was rich and didn’t have to work for the rest of my life, I would choose to be a full-time Ballroom Dancer! To train every day, be at the studio early, do some exercises, practice my drills, then rehearse my routine with my partner. Some days for intense practices, some for creative exploration, and some reserved for time to learn new things from my coach, or perhaps another dancer.
However, the fact remains that DanceSport is not easy to sustain—not in this third world country. You have to work a day job, you have a family to support, so paying for coaches or getting new costumes are things you are forced to put on the backseat. But if you love dancing, somehow you still get these things done. Somehow you manage to find time; you find a way.
As for Philippine DanceSport, I am positive that there will come a time that the number of athletes would double, that competitions would be even more plentiful, that technical knowledge would increase, and dancing would greatly improve—to a level acceptable by international standards. The pioneers did a good start introducing this awesome sport here—now it’s up to us not just to embrace it but also enhance it, beginning with ourselves because it’s the most basic – but most important – thing we can do. Who knows, maybe someday, there will be a Filipino world champion?
Who knows, my fellow Pinoys – it could be you.