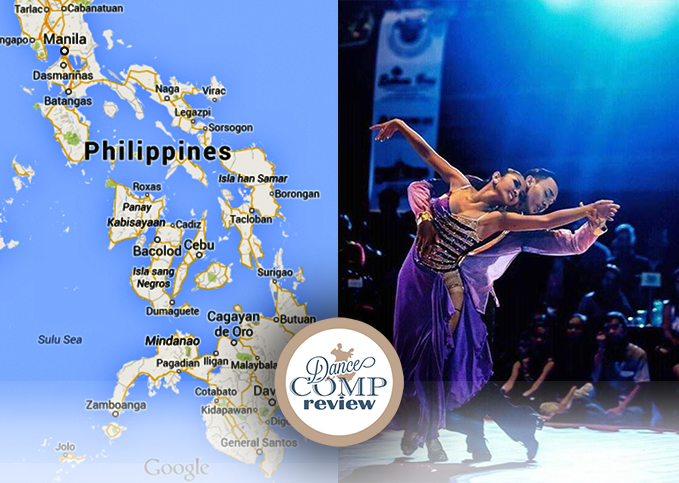 DanceSport In The Philippines – The Insides

[dropcap]F[/dropcap]or many years, Filipinos have viewed ballroom dancing as something only the old folks do. We grew up in a culture where almost every grandpa or grandma knows how to do the swing or the boogie, where Sunday music is often riddled with Cachito—a delight to the old ones, but not to the young. Back then, young people would cringe at a ChaCha tune blaring from the stereo—it just wasn’t cool to the teenage standards. But that was more than a decade ago.
Nowadays, the concept of ballroom dancing has grown so much that it’s our grandparents’ turn to be confused. Why are they lifting and tossing each other? Why is every girl on TV doing splits? Why does the ChaCha look so complicated—wait, is that even a ChaCha?
Thanks to DanceSport organizations, ballroom enthusiasts, and television as the main channel of exposure, ballroom dancing has evolved so much from what it only was before: a dance for Lolo and Lola (*Lolo and Lola are terms of endearment used by Filipinos for grandpa and grandma.)

The latter part of the 1990s was a crucial period for Philippine ballroom: it was when dancesport was was born in the country. It was when the pioneers of the sport began to discover this then-new knowledge—a gateway to a more developed, higher level of ballroom. The passion for competitive ballroom dancing began and quickly spread.
Today, competitions are aplenty. From WDSF events like the thrice-a-year amateur rankings conducted by Dancesport Council of the Philippines, to recurring local competitions like Dancesport sa Sugbu (hosted by Cebu City) and Philippine Summer Ball (moves annually around the different Philippine islands), to contests in different provinces, schools, and universities, there are a lot of opportunities for dancesport athletes to participate in.
Competitions are held almost every month, majority of which are carried out on the first half of the year. Most of them are participated by 80 to 150 pairs—a spectacle by Philippine dancesport standards. Interestingly, more and more young people are getting fascinated in dancesport. This may not be surprising to us athletes, but the non-dancing population is almost always astonished to find eight-year-olds doing the chacha. Who would have thought that these little kids could appreciate this dance genre?
In fact, in competitions, majority of competitors are composed of the youth. The Youth, Junior, and Juvenile athletes comprise a huge chunk of the total number of participants—sometimes more than half—and each event reaches up to around 30 couples. That number is big enough, considering that DanceSport is still not widely embraced in the country like, let’s say, cheerdance.
In Cebu, kids are encouraged to start early by being offered free dance workshops conducted by DanceSport Team Cebu, a DanceSport organization teamed up with the local government. These kids come from different areas, from all walks of life; they train daily and eventually get to compete in national competitions. In Manila, there is no centralized training for youngsters yet, but some small groups are doing their own grooming for future champions.
Those who do not do ballroom but who are able to watch these kids are often amused and entertained that such small bodies can move so gracefully and do cute hip movements. What they really do not see is that these kids will be the future of DanceSport — a form of sport not yet widely understood in the Philippines, but soon will be. It wasn’t until three to four years back that people discovered a thing such as wheelchair dancing—not until one of the pioneers of Philippine dancesport teamed up with Tahanang Walang Hagdanan, a non-government organization for the orthopedically handicapped. Aside from rehabilitation and skills training, the differently-abled people were offered free dance workshops, and later on they improved so much that they got invited to do shows, get into a TV contest, and even participate in wheelchair dancesport competitions—not just in Manila but abroad, like the World Championships in Japan. Truly this was an exciting development in Philippine dancesport.

As a Latin dancer, I think training in the Philippines has a lot of room for improvement. Like any school subject, one must understand the technicalities of Latin dance carefully. Then there’s a need for consistency in proper conditioning; the right way to do it and the right exercises to sustain good dancing. Sadly, even those competing regularly, including myself, are guilty of not religiously doing it.
Funding seems to be another problem, as getting lessons can be really expensive. Unless you have a sponsor, paying for professional fees isn’t easy—also considering the fact that majority of the athletes are young and do not have jobs yet.
Some coaches sponsor their students completely, in the form of free workshops not just under Filipino teachers but also foreign coaches. In the last three years, I was incredibly lucky and privileged to have experienced getting workshops from Peter Townsend, Neil Jones, and just recently, Ralph Lephene—all thanks to my coach.

That’s how Dance Sport is like in the Philippines—and if you’re an avid follower of this site, you must be an athlete yourself, and probably can relate to the mentioned above. But what about Ballroom Dancing in general? How does it blend with Filipino culture? What stereotypes are formed around being a ballroom dancer? And with the arrival of DanceSport, is social dancing already dead? Stay tuned for Part 2 of this article on Philippine Ballroom Dancing!