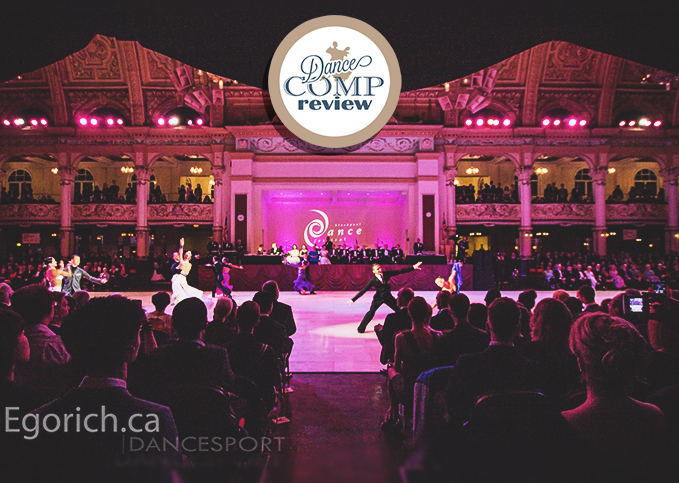 So, the outcome of American Smooth, which was presented at the biggest and oldest Dance Competition – Blackpool Dance Festival, is…

For those who know a bit oh history behind International Style are aware, that it was developed in Europe. Back in 60s both International Latin and Standard looked much different from what they look like right now. What changed? Figuratively speaking, countries got “closer”. Now, it is easier to travel the world and reach your next point of “dance inspiration”. That’s how with the influence of European dancers, International style has become very big in North America. But, the turn has come for American Ballroom to officially leave it’s historical footprint in a Ballroom Dance Industry. Right at the 90th Year of Blackpool Dance Festival. It was decided to present American Smooth from more of an “Exhibition” perspective. It was even named as such on the main schedule of events.
All couples had a 30 sec solo presentation, which is very common at competition in US & Canada. However, if you watched American Smooth LIVE on DSI-London.tv, Martin Cutler – The commentator for DSI-London, did sound a bit confused on wether the couples are Professional, and if the “Dance-Ons” are a thing to do. Pierre Allaire did a pretty good job explaining how it works.

When 5 couples were dancing, main lights were dimmed, and only ambiance lights and two spotlights were operational.
Why and What was the intention of that? Why not use the same lighting system as for all other competitive events? Was there a hidden intention of alienating the style, or it was done to create an enjoyable, non-competitive atmosphere for viewers? The truth is in the eye of the beholder. As we mentioned in the previous article, the sponsored help came from franchised dance studio titans – Arthur Murray’s and Fred Astair’s. Also, from National Dance Council of America and American Ballroom Company. Props to the sponsors for making this, rather costly, move, covering all travel and accommodation expenses, and officially bringing American Smooth overseas.
To add, we feel that any competing ballroom dancer could put an effort to think of American Smooth as a separate style, with separate syllabus, technique and structure, and not “Just Another ShowDance-Kinda-Looking Style which is danced socially.” Which is, unfortunately, what we seem to hear from dancers who are not aware. In the end, Smoothies did it!

Standing ovation accompanied by the “Roaring Factor” Blackpool crowd does when they really enjoyed what they saw. Props to 5 couples who brought the heat:

Big Thanks to the sponsors, coaches, organizers and, of course, the CROWD! It was great to see their reactions, and great to hear the “Oh, I love it!” and “Where do I try something like that!”

Beware World! American Smooth is coming for you!